***
THE MUMBLE : Where are you from & how did you end up in Glasgow?
CAT : I’m originally from a tiny hamlet outside Dunblane called Ashfield (there’s not even a shop!), but I’ve always loved city life, so I moved to Glasgow ten years ago to start University and study theatre. I think I initially picked Glasgow because I loved going clubbing at the Arches, and I ended up working there for four years, until it got shut down. I’ve always thought there was something quite serendipitous about that. I love traveling and living in other places, but my compass always leads me back to Glasgow. She’s a wet and grey mistress, but she’s pretty fabulous, in a fur coat nae knickers kind of way. Glasgow’s a great base for me; and an ideal city to live in if you’re in a creative industry.
***

Camera right under the skirt, hoping they’re not wearing pants

Spending time on their appearance becomes a need

The illusion of personal choice is beginning to recede…

Your life would be fine- if only you were thin

Adverts on every single page encouraging you to

Spend money that you don’t have:  take out a loan, increase your overdraft, get a credit card

Get into debt to get that great handbag- it’s a must have!

THE MUMBLE : What brought you to poetry in the first place?
CAT : In 2013 I met Kevin P Gilday on my TV Writing masters course and he introduced me to the rock and roll world of poetry. I felt very inspired by his stuff and I began scribbling my own poems. My very first poem was a scathing look at a sleazy Tinder match- well they do say write about what you know! My first gig was so nerve wracking, my hands were shaking and I didn’t even hear the audience clap after I performed. But I pushed myself to keep at it, and with the support of Kevin, and people like Sam Small and Bram E Gieben, I got a little more confident with each show. I learned over time that nerves can be channeled into energy, and nothing beats the feeling of being onstage and actually allowing yourself to enjoy it.
***

Your laugh’s making my stomach flip

Your mate just offered me a trip

I shake my head and take a sip

I meet your gaze

Lock eyes wi’ you then look away

I stop myself before I say

It’s going to be one of those days

THE MUMBLE :  Can you name some inspirations, both traditional & contemporary
CAT : I love Kate Tempest and Hollie McNish, both of whom are kick ass women, delivering fresh and alternative narratives. I’m regularly inspired by Scottish poets, and because I co-run a poetry night Sonnet Youth, I’m lucky enough to see so many different styles and approaches on a regular basis. Locally, I find the work from Leyla Josephine and Katie Ailes to be consistently excellent, they are both very talented young women. Retrospectively, I think that listening to people like Mike Skinner and a lot of rap music over the years has definitely influenced me too. Scottish rappers like Loki and Gasp, prove that the art of telling a story can come in many different forms, and spoken word has the potential to be raw, shocking, political and funny. And timeless songwriters such as Bob Dylan and Prince are masters of storytelling, vividly painting images and characters with their words. I was also lucky enough to be brought up by a very hard working writer, so kudos to my Dad for inspiring me too; he taught me to believe in myself and my craft.
***
***
THE MUMBLE :  What inspires your poetry
CAT : Everyday, normal people inspire me; my friends especially, are a rich bank of characters and stories, you literally couldn’t make them up. Most of my poetry is about being a young woman in contemporary Scotland. I talk a lot about dating and relationships, not because I’m any kind of expert on the subject, but because it’s current and relatable. Most of my peers have got terrible dating stories, I’m just mad enough to share them with the internet. I’ve also written a few poems that could be described as feminist, because strange as it may seem, I buy into the radical notion that women and men should be equal. Bonkers, I know!
*** 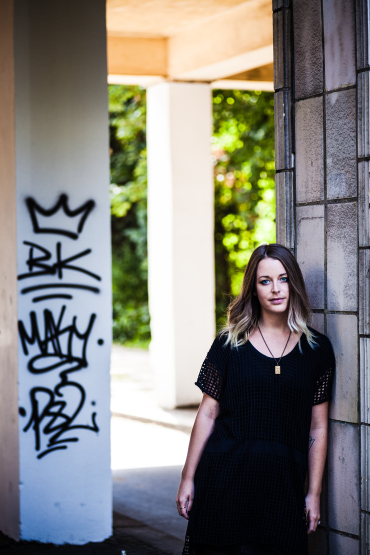 Look up to people who are famous for being famous, lips injected with filler, silicone breasts and pert bouncing asses

You better pluck and shave and dye, and starve yourself as much as you can

In your endless search to find a man

It’s better to romanticise than to criticise, while you wait to be saved

And remember that if you ever get raped

And if you dare express a like for sex, then you must expect

To be belittled and shamed and cat called and trolled

Called a slut, a slag, a tramp, a whore

***
THE MUMBLE :  You seem also to be a multi-tasking literary lady, can you tell us about your projects.
CAT : I’ve just spent six months as a Storywriter on BBC Scotland’s drama River City, which was a great experience. Being creative under a time pressure is not easy, and I think it helped me become a better writer. I currently have a stageplay in development, Margaret Skinnider – Rebel Heart, which is about the only woman who was shot and survived during the Easter Rising in 1916. I am working on an original TV drama with my writing partner, a lovable, old sod, who just so happens to be my father. I’m getting geared up for the relaunch of Sonnet Youth in April, Kevin and I are exploring a new format and we’re excited about connecting with more poets.
***
***
THE MUMBLE :  What are your thoughts on the poetry scene in Scotland
CAT : It’s grown from a small sub culture, into the mainstream and it’s still snowballing. I’m very proud of our scene. I’ve always felt supported and looked after, and hope I make others feel that way too. Scotland is a tiny country, and although we aren’t very prominent on the world stage, we have humility, heart and a great sense of humour. I hate to generalise, but there are other, bigger countries which appear to be lacking in those qualities. So I’m afraid I have to disagree with Mark Renton. It’s not shite being Scottish, it’s marvellous. We hate the Tories and we actually want to help less fortunate people, not vilify them or blow them up. And we love a good perty! All these great things about Scotland are reflected in our poetry, and that’s why I think it’s pretty awesome. I managed to get a rant and a gush in there.
THE MUMBLE :  In what direction would you like the scene to travel
CAT : It’s going from strength to strength as it is, and I would like to keep seeing it go on that upward trajectory.
***

You are not my boyfriend

then when it ends  … I’m left with nothing

So it’s better to say ‘it’s nothing’

Than to admit it’s anything

Anything! Call me anything… but your girlfriend

But if seeing is believing, does that mean that I believe in you?

I don’t believe we have a future, it’s just a bit of fun

The type of fun that makes me want to hold your hand when I’m drunk,

tell you a secret, go to you when I’m upset,

Chat to my pals about you, check my phone for your texts

Wait! This is turning into….Something

But it’s not anything, I’m still single on Facebook and you’ve not met my parents

We are keeping this casual, because I would rather do anything

Anything but admit that I’m falling.

***
THE MUMBLE : What is the poetical future of Cat Hepburn
CAT : ‘The poetical future of Cat Hepburn’, maybe I should name my first poetry pamphlet that?! With Sonnet Youth I’m connecting with new talent and we’re inviting performers from other parts of the UK to perform with us. We are going to continue our work with young people too, curating and hosting Toonspeak Young People’s Theatre’s Word of Mouth series. On a more personal level, I hope to keep challenging myself, doing things that excite and scare me. I’ve got an idea for a one woman show which I’m hoping to develop this year. I’d love to explore more collaborative work with other spoken word artists too, maybe a musician or a rapper, I’m always on the hunt for the next project. I’m going to keep writing, filming my videos for BBC The Social and I’m open to the new experiences that 2017 will bring. After all, in the words of seminal 90s pop group D:Ream, things can only get better!
***
Visit Cat’s website here 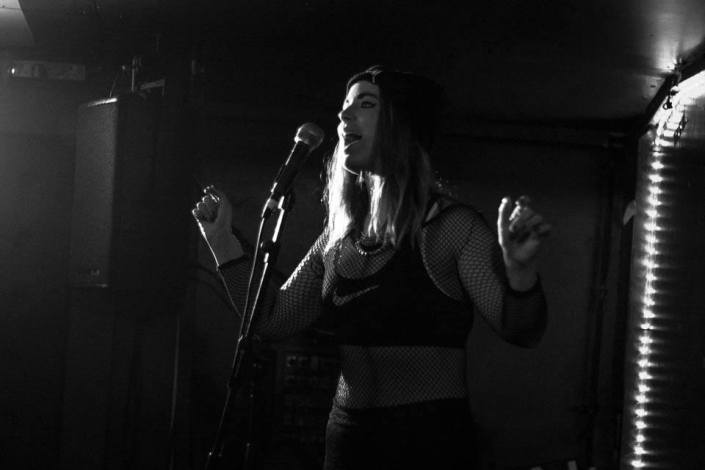 One thought on “Cat Hepburn”

Reblogged this on Cat Hepburn and commented:
Thank you to the Mumble for this interview!