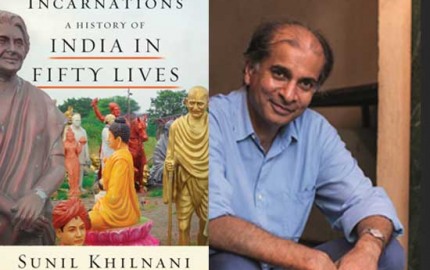 India, India, India, how does one make sense of India. Well, in his book ‘The Idea of India’ Professor Sunil Khilnani certainly tried to grasp & bottle at least some of the distilled spirit of that megaland. Now, 70 years exactly since independence, he is offering a new book, a brave attempt somewhat, to create a history of India using only 50 biographies – that is 50 lives out of the many billions of Indians who have made the subcontinent their home. In the Q&A at the end of Sunil’s 30 minutes, he was asked whether 50 was enough. His response that more than a 100 had made his short-list, but since whittling them to 50, he was happy with the result. ‘One does not miss an amputated arm,’ quipped Sunil, & we were all ready to accept his judgement. Indeed, Sunil speaks with authority, & is pleasant to listen to, rather like taking the mountain railway through the Niligris Hills; slow, sure, with spectacular views. 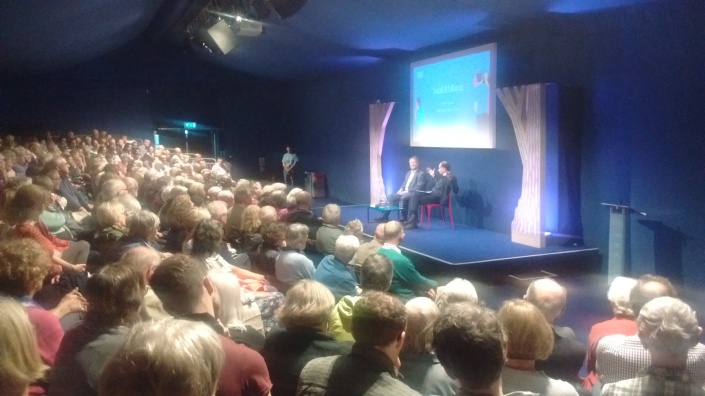 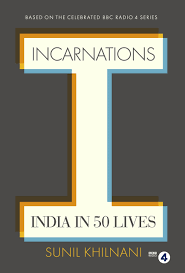 It was my first visit to this year’s bookfest, which I found expanding into George St like a great novel one is writing  just can’t quite get to the end. ‘Just one more sub-chapter, to embellish the second sub-plot…’ Entering the Studio Theatre with me were acolytes of Indian culture  history, & of course fans of Sunil’s 50-part podcast series which formed the basis of his book. The ultimate caveat of the work is to strip away some of the myths of Indian history – & their politicization – & to present them in a relatively orderly fashion like some feral & unchecked Oxford Dictionary of Biography. A life is, in Sunil’s words, ‘a critique of society,’ & among the pages, billionaire tycoons sits alongside the Buddha & Vivekananda, while Gandhi is celebrated for his media manipulation during his protests marches, while at all times the very latest research, including declassified documents, buoys up the body.

Professor Khilnani began his upper education in Edinburgh – he did his A-Levels here – & hearing him speak on his return to the city, the ghosts of his long-dead tutors were immensely proud as they filtered into the room to hear their protege speak. Incarnations, A History of India in fifty lives, is a fine moment in academic history & may become the bedrock for all Indian biography, which up until recently has been firmly entrenched in hagiography. That land is just too vast to focus on a single individual – a fifth of humanity dwell there as I write –  & stories are better told when minds & movements mesh, & through works such that presented by Sunil will enable Indians & the world at large to obtain a deeper grasp of history, to dismiss the corrosive stereotypes.