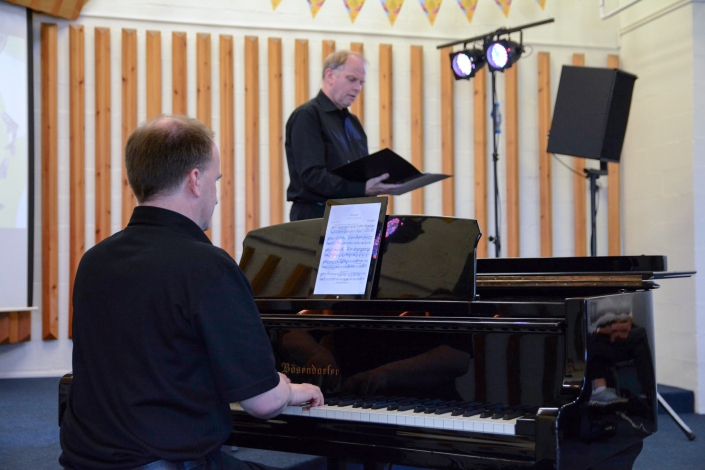 I’ve only ever seen Dundee from across the Firth of Tay on the northern coast of Fife, a bedazzling apparition of tall buildings & hill-slopes linked to Fife by magnificent works of bridgeneering. So, it was with much enthusiasm that when the Dundee Literary Festival dropped into my inbox, I’m like to the wife, lets go darling. She was like, ‘I’ve heard the Malmaison is a really nice hotel, & that Broughty Ferry’s got a gorgeous beach.’  Parking up by the Agacan on Perth Road on an unusually balmy October day, I was met with a tiny city with gigantic ambition, architecturally & of course, culturally. We would be experiencing two slices of the pie; a rendition of The Raven by Edgar Allan Poe, & a talk on a recent book-publishing sensation, Nasty Women, by three of its authors.

The Raven is one of my favorite poems, first published in January 1845, which by 1909 had attracted the attentions of Arthur Bergh, who created a popular-at-the-time but long-forgotten ‘melodrama,’ synchronising piano to Poe’s words. The performance was duly presented by Ken Murray (recital) & the University of Dundee’s Director of Music Graeme Stevenson on piano. Murray is a trained singer, & at times you could hear the lucid creak of him wanting to break out into melody – like a captive lion sticking its nose out of a cage – but managed to tame this natural beast & deliver an ambrosia-spurting, vowel-booming rendition of the Raven in his thick Scots accent. The music is charming & intelligent, opening at a pensive pace then keeping up with the more dazzling moments of Poe’s astonishing wordplay as the reciter descends into madness. As a performance, it was unquestionably excellent, but I couldn’t help feel that Arthur Bergh had tainted somewhat Poe’s original poetic chaunt. There is a certain hypnotic & thunderous rhythm to the poem’s mechanics which were all but wiped out by Bergh, as if he was painting over an original classic with art decor blocks of paint. 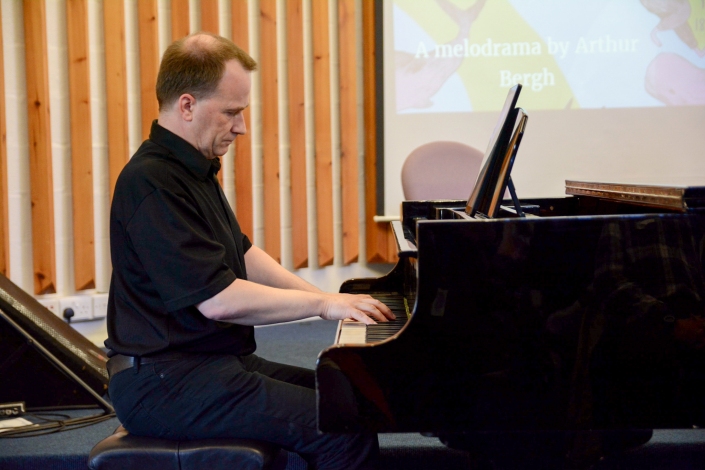 It was now time for a potter around Dundee, checking into the luxuriant Malmaison, our room looking out high over a busy Dundee street. Back in the city we wandered about for a bit, finding an atmosphere full of stress-free geniality. I also rather enjoyed getting my photo taken with a Desperate Dan statue. My grandmother used to get me the Dandy & the Beano every week, published & printed here in the city by D.C. Thompson. I remember the day as a 13 year-old when I said to my gran could I now get Roy of The Rovers & 2000AD instead, as I felt I’d grown out of the Beano. But still, for many years, I kept those paper relics of my youth in the bottom of my wardrobe at my grandmas, & would occasionally flick through them for nostalgic pleasure. Back in Dundee 2017, after Perth Road’s Braes for a beer & then The Tonic for nachos, me & the wife returned quite giddily to nearby Bonar Hall, the heartbeat of the Literary Festival on the University campus.

The audience for the day’s second installment had swapped a tad elderly bunch of appreciatives with a mainly female group, where shocks of pink hair flashed by ladies of demure countenance. They had gathered for an hour or so with Becca Inglis, Jen McGregor & Alice Tarbuck; who like Euphrosyne, Aglaea and Thalia presided over our gathering, relaying their essays cooked up to order by virgin publisher 404 Ink in order to respond – through intelligent & therapeutic literature – to the brutally nonsensical & inane sexism of Donald Trump. Beginning as a tweet, the rise of a book called Nasty Women to prominence has been a 21st century, social-media wonder, & was already a cleverly hyped sensation before it was launched on International Women’s Day this year. By August it was the biggest selling book at the Edinburgh International Book Festival.

Chaired ably by Zoe Venditozzi, the three authors we were presented (out of a dozen or so in the book) all read extracts of high quality writing, followed by Venditozzi’s mutual dissemination of their work & some interesting audience forum questions. A classic example of the brightness of Venditozzi’s intelligent moment-melding came during Jen’s explanation of how she learnt more about what was happening to her body from internet forums rather than underfunded gynecologists. ‘When I was a teenager you had to write to Jackie,’ chirped in Venditozzi.

It is true that we live in a world of sexual inequality, & Nasty Women seems to have given a voice to much of the brush-under-the-carpet stuff of femininity; the embarrassment of depression, the disempowerment of natural instinct, the bone-density decreasing risks of contraceptive injections, & so on. The high point was identifying the disratification of the female ability to give birth, but not to have the choice of sterilisation until they were 30, to deny private agency over one’s own body. The low point was when the words ‘most men aren’t rapists‘ came out, suggesting something like an 80-20 split – rather than the 96 percent of all likelihood given figures of rapeline calls & those that go unreported. I think ‘vast majority’ would have been more accurate. Overall, however, a fine & emotion-provoking hour & the production of Nasty Women holds an especially important relevance to the age, when in a recent interview with The Mumble, Alice Tarbuck stated, ‘it’s more important than ever to hold the truth to account in the midst of sensationalism and international political turmoil.’