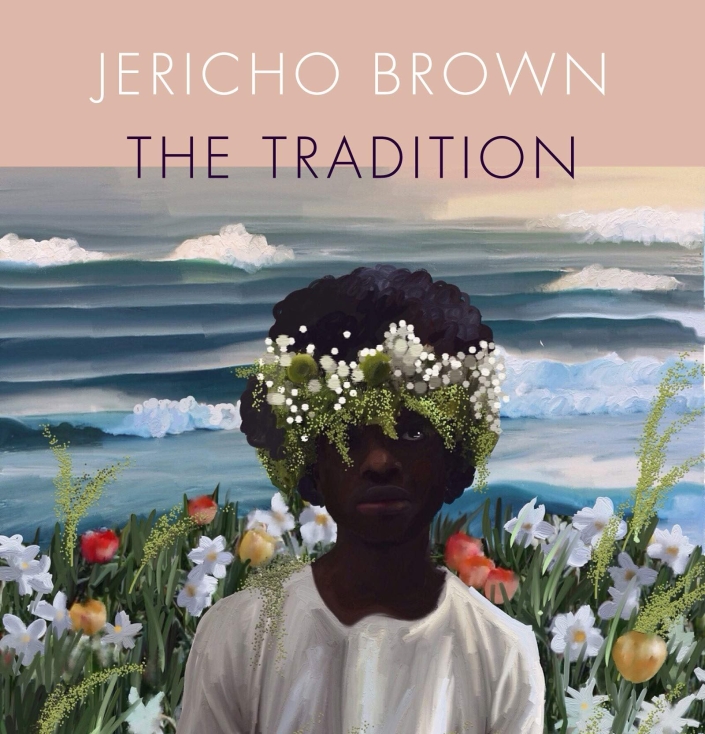 The poetry of Jericho Brown is like a magnet. It always pulls you in. His third collection is firmly upholding the tradition.

I love Copper Canyon’s books; soft & gentle pages carress’d by a lip-gloss cover lending a certain bubble-bath quality to the reading of one of their poets. But ultimately it is what is on the page that counts. First things first, Jericho Brown is a poet, a real, poet, he has the elixir in his veins. He also possesses a curious voice, like a multi-sharded cylinder standing steadfast in a storm. That storm is America, its culture & its questionable past.

His first two volumes were received with high praise & deep respect across the English-speaking world, the second of which, New Testament (2014) won the Anisfield-Wolf Book Award. The Tradition is eagerly awaited, then, & does not disappoint. In places it even exceeds expectations; the lyrical jaundice of Flower, the killer jibes of truth within Bullet Points & numerous moments of the highest pathos & beauty, as in the closing couplet of The Microscopes; 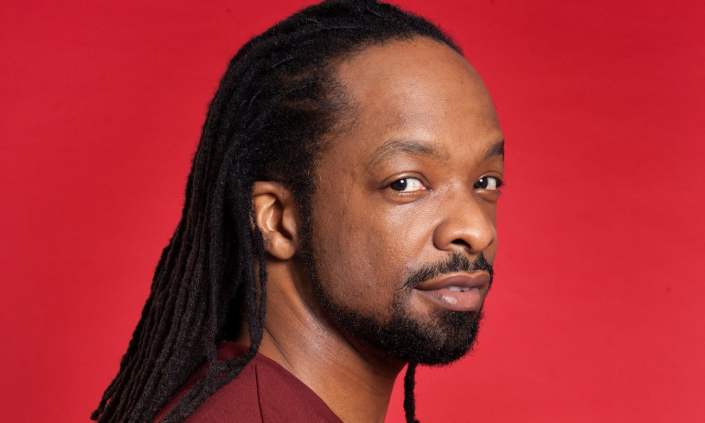 The chief pillars of Jericho’s creative temple are his colour, his family & his sexuality. His mother, grandmother, brother & kids all have cameos & something important to contribute to both the poet’s life & our understanding of the world. These very personal takes are full of raw remembrance temper’d by a supreme sense of post-Millennium reality. 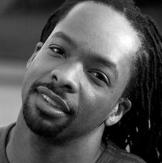 ……………………………They remind
Me of black people who see the movie
About slaves and exit saying how they would
Have fought to whip Legree with his own whip
And walked away from the plantation,
Their eyes raised to the sun, without going blind.

On a number of occasions I was very much reminded of a poem by Gwendolyn Brooks, Negro Hero; the pitch & balance of the wordplay are almost identical – is he her spiritual inheritor, perhaps? Jericho’s art presents the Apollonian & the Dionysical extremes of poetic composition; from technical stanza formation full of controll’d & order’d musings, to solid blocks of Wolfean streams of consciousness. The latter sort are often triggered by the smallest things, such as the two copulating rabbits on his lawn, providing the catalyst for an introspective journey into the failings of his own love life. Then, with his title poem, Jericho proves he can turn not just a good sonnet, but an absolutely bangin’ one. 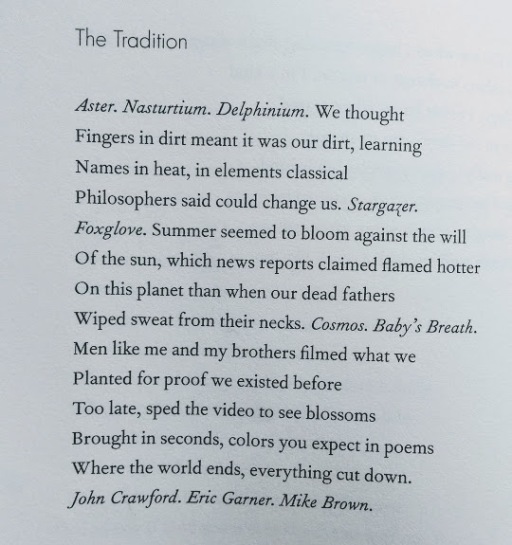 Also a sonnet of sorts are his five Duplex poems, seven couplets where the second line is the same as the first line in the following couplet. From innovation comes mastery, and Jericho is growing into his role as both a teacher in his tactile environment, & a clear-cadenced, beautiful poet-teacher for the planet. Indeed, his academic background – studying at Harvard, teaching at Emery – seems to be a fertile field for inspiring such embedded nuances as his use of Homeric simile in the opening to As a Human Being; 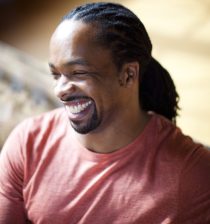 Jericho Brown is a philosopher-poet, stood on a crag overlooking the humanity of America, striking the rocks, drawing lightning into his penstaff & tossing electrical ejecta onto his page. The Tradition delights on first reading & invites further study. Each poem contains a different beam of inspiration wassailing from Jericho’s kaleidoscopic soul, altho’ the colors aren’t garish, its too moody a piece for that. This is an extremely intelligent collection, filled with both unpretentious flair & flashes of Faustian confidence. Roll on Brown’s 4th book. 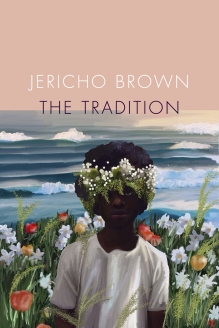