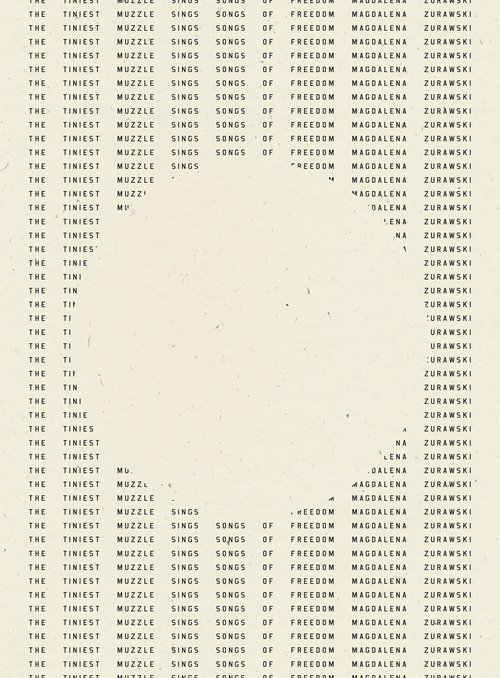 The poetry of Magdalena Zurawski has enter’d the poetic firmament, where her star radiates with talent & personality

Magdalena Zurawski is a poet’s poet, a disseminator of the vocation into the very lines of her craft. “The poem is a pair of eyes,” she tells us in Natural Skin, “moving a nose down a page.” We do not read her work to be taken upon fantastic journeys in exotic climes, or to ride the dragon’s back of passionate love. No, we read Zurawski to lie awhile beside her awkward genius, revel in her race-fit wordplay, & to examine the evidence left behind by the world through her almost mournful eye-piece; “the shapes of foreign spoons, the lightly different cut of shirt worn by men over 50.”

Zurawaski is a recent revelation, usher’d into the public consciousness by Litmus Press, when her debut collection, Companion Animal, won the 2016 Norma Farber First Book Award. Three years later, Wave Books are releasing THE TINIEST MUZZLE SINGS SONGS OF FREEDOM, a collection of 42 poems of varying life, but all deliver’d via the voracious appetite for the well-woven word-verve which Zurawski innately possesses. 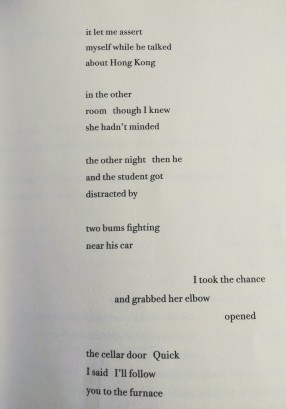 Her collection is a series of abstractly European movie shorts, flashing with inspired images in eclectic combinations. ‘Someplace in your Mouth’ is an excellent example, which opens with

The poems vary in length & measure, & her stanza blocks are aesthetically pleasing at all times, if a little tough to read at times. However, the more you enter her worldscape, the more you are drawn in, & the more her book becomes something of a page-turner. The reader becomes assiduously addicted to her characteristic & assured uncertainties as she teleports us into her orbit with passages such as

I loved the pastoral punk of ‘Summer In The Network Of Privileged Carports,’ the sensual cravings of ‘Ladies Love Adjuncts’ & the staccato philosophising of ‘Does My Lip Limp?‘, but it is when Zurawski is translating the poetic experience that she really shines. In ‘The Problem‘ we see how ‘the musculature’ of her hand, ‘could no longer speed the pen to my thoughts,‘ while in the opening to ‘It’s Hard To Be A Saint,‘ she tells us;

I was sympathetic to language, but often
it shrugged me and kept other lovers.
I crawled through the commas of

Romanticism and rejected the rhythms,
though sometimes at night I could feel
a little sad.

There is a subtle prettiness to Magdalena Zurawski’s poetry, which shudders into moments of extreme & sublime majestie, such as the passage in ‘The Tiny Aches‘ with which I shall close the Mumble’s review of a cathartically sensitive poet & her transcendent art.

…Four a.m. keeps ringing
Its spidery snare and all the stars are
your own headache cemented in our most ancient fears.

This entry was posted in Poets, USA. 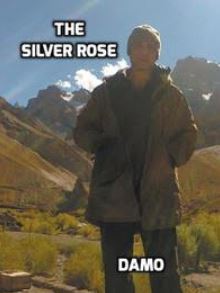 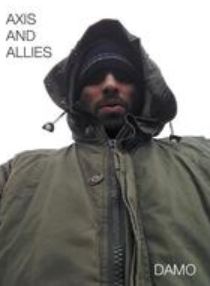