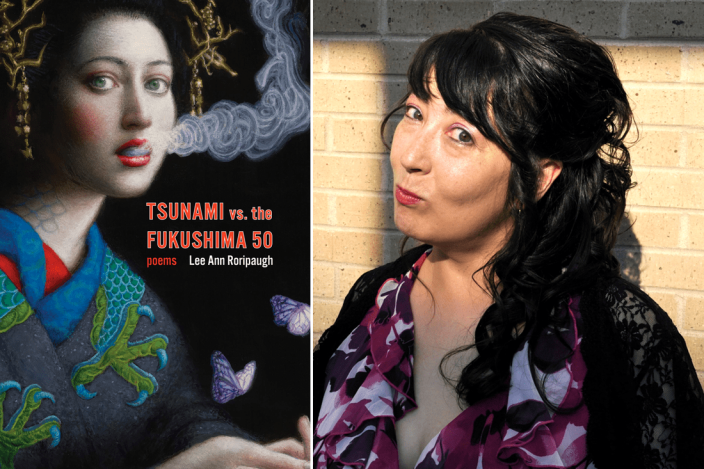 I thoroughly enjoy a themed collection of poetry, the Vishnu Upanishads, Ted Hughes’ Crow, even John Maserfield’s Salt-Water Poems & Ballads; so went into the reading of Lee Ann Roripaugh’s Tsunami vs. the Fukushima 50 with an appreciative bias. There is a certain nuance to the form which I enjoy when done well – it is not easy to make a themed collection hold a reader’s attention, for oftentimes a poet will get lost in the cul-de-sac housing schemes of their inspirations. However, ‘Tsunami’ actually transcends the form, a thought-splintered foray into the plosive destruction & pitiless aftermath of the March 2011 Tohoku earthquake & tsunami, which led to the Fukushima Daiichi nuclear disaster.

pulverized cities flung back
to water like sprinkled furikake 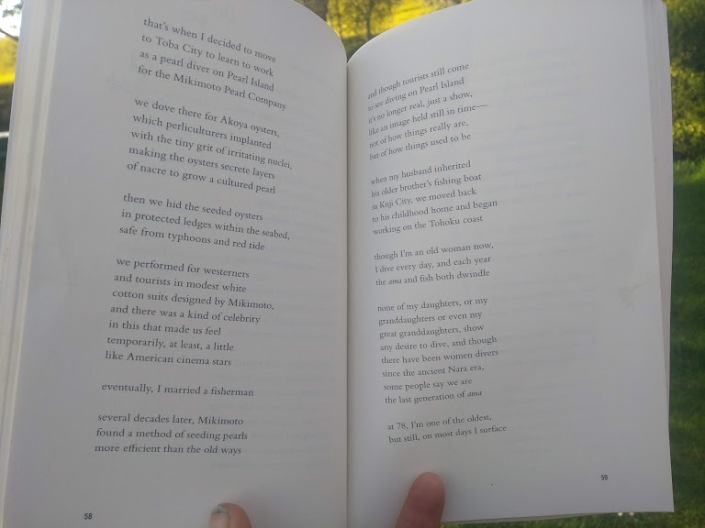 Roripaugh tells the story through a personified tsunami, its effect on nature, & the human fall-out of tragic events both water-slaughtery & wrought by the radioactive chaos after Fukushima. As a poet, her wordplay is practically phenomenal, combining mimesi in startling combinations, like a talented skald getting drunk in a European court, coining exciting new kennings from the play-stuff of their exotic surrounds. In her opening poem, for example, we see the ‘annihilatrix’ ‘Mechatsunami’ described as ‘shellacked wings unclung / from stacticky black elytra.‘ I mean that is just a stunning couplet.

I’ve seen many terrible things:
cages filled with withered songbirds,
horses left to starve in their stalls,
an abandoned puppy that grew
too big for the chain around its neck

As the collection unfolds we are treated to a delicate diaspora of delights; lovely lists explore subjects like the Goblin Market of Rossetti; a soul captivated by nature paints what it sees with a vivid serenity; the terrible aspects of human loss rip thro’ our mentalities with a single spin of a shuriken-phrase. The following passage is a perfect example of Rosipaugh’s ability to weave the epic waste of life & liberty into her visionary free verse;

at first, I concentrated very hard
on trying to see my feet, to know
if I was a ghost or not, but when
sneakers filled with foot bones
began to surface in the Pacific,
I stopped thinking these thoughts 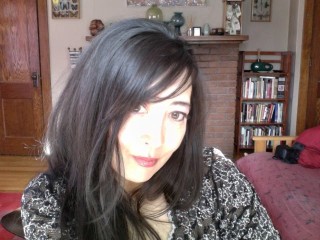 My favourite poem in the collection was ‘Hulk Smash’ a cinematic & pathosean dirge thro’ a father’s pathetic quest to find his missing daughter in ‘a toxic garbage dump’ where he searched for her ‘every month / in the five-hour increments / allowed by radiation guidelines.‘ In the age of Netflix, this is what modern poetry should really be doing, making us all mind movies, & Roripaugh activates the mental mechanisms sublimely. When the collection is knitted together, the overall effect is rather like the Lusiads of Luís Vaz de Camões, an epyllionic journey full of constant stimuli, where at one point we may lament ‘the gwa gwa gaw of frogs / stopped from invisible ponds‘ & at another hear a young lassie called Hisako declare;

By the end of the book, I felt I had just been the weightless passenger on Roripaugh’s precious back as she free-soloed one of the minor slopes of Parnassus. Will she attempt one of the trickier faces? I do hope so, because her talent is unique. I cannot think of a poet since that of the anonymous composer of the Anglo-Saxon Chronicle’s ‘Brunanburh’ entry for 937 that has been able to condense so much of the aforementioned kenning quality into their lines. Roripaugh is also a master of moods, whose multiple shades spiral with voluminous variety as the story & stories are told. This is a book of high innovation on a level that you’re not quite sure where, but you know its happening – an excellent, excellent piece.

Tsunami vs. the Fukushima 50 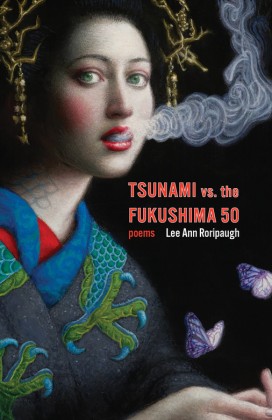 This entry was posted in Poets, USA.