Having a laugh with Julian Clary and David Roberts 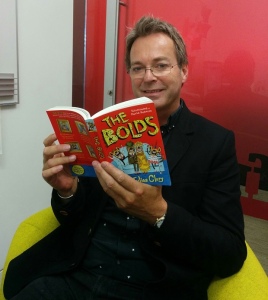 Mr and Mrs Bold are two stolen identities, scavenged from an unfortunate couple who were eaten by a crocodile while on safari in Africa. The funny duo duped their way back to Blighty and now live in a nice house Teddington, Middlesex. They have jobs (Christmas cracker jokes) and they are partial to a bit of a giggle. Only problem : they’re hyenas. Yes, that’s right – they’re covered in fur, have tails tucked into their trousers, and they live to laugh.

After a bit of stomach ache from what she thought was a dodgy burger, Bobby and Betty were born… what will the neighbours think if they discover a hairy appendage protruding from their shorts?

Julian says, “I wanted to write a children’s BOOK to relive the thrill I used to get as a child entering a fictional world. The idea came from stories I used to make up for myself as a child, and I grew up in Teddington – a very suburban place with tree-lined streets and a nice park – so it seemed right and proper to set it there. I am thrilled to have the wonderful illustrator David Roberts bring The Bolds to life for me. He has the ability to convey my humour brilliantly and his drawings are always funny and endearing. Mrs Bold’s hats are a particular delight!” 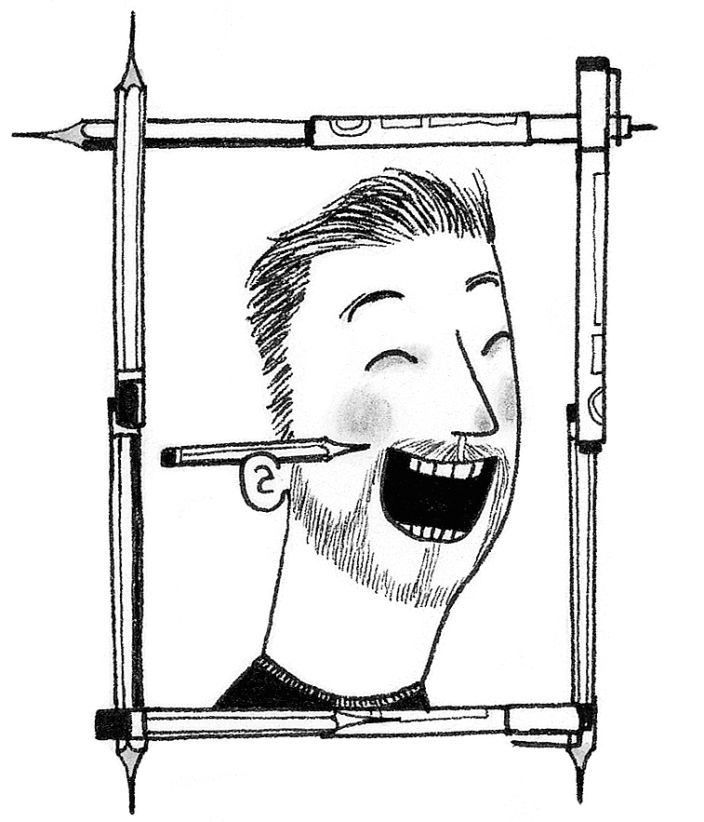 The banter between Julian Clary and ‘lovely man,not everyone can wear yellow’ David Roberts  is a hoot. Vivienne French who introduced Clary and Roberts gives out a book and a Roberts original to a wee boy who gets upset during question time. Asked by a child in the audience what his favourite animals are Clary tells that he keeps dogs and chickens. One of his chickens, Archimedar, ‘comes in through the french windows and likes to watch me at my desk.I like lions and tigers when they’re babies,they’re so sweet. Then when they grow up they can live in the garden.’ Clary’s latest offering and debut children’s book is,  ‘very good value,’ with 266 pages of illustration from a charming union of artistic minds that culminate in a laugh a page suburban romp that is THE BOLDS.