The Divan Sessions: The West-Eastern Divan

2019 sees the 200th anniversary of Goethe’s West-Eastern Divan, his last major body of poetry. In 1814 Goethe, arguably Germany’s greatest ever polymath & poet, had found a spiritual twin with the Persian Hafiz, extracts from whose ‘Divan’ are still recited in Iran today. The Thiruvalluvar of the Caspian Sea. On first receiving a complete translation of those remarkable & poetically pure lyrics of Hafiz – he hadn’t bitten previously on the snippets appearing piecemeal in journals here & there – Goethe declared; 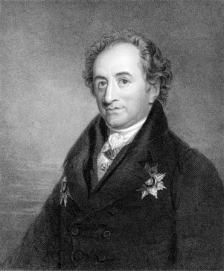 I was obliged to come to terms with them in a productive manner or I should never have been able to hold my own in the face of such a powerful phenomenon… everything that had been stored away & nurtured in my mind & that bore a similarity either in sense or substance made itds mark, & all the more forcefully, so that I felt an absolute necessity to flee from the real world

Goethe’s complex transliteration of the living spirit of Hafiz manifested itself as one of the first European attempts to connect with the poetry of the Orient, to create a poetic dialogue between East and West. The Bhagadavad Gita was unknown in Europe at this time, for example. In recent years, the crucial publishing house, Gingko, have embarked on quite an an epic project, publishing a new translation into English by Professor Eric Ormsby, while commissioning a fascinating project called The New Divan. 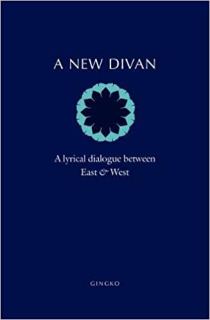 The latter text brings together 24 poets from West and East in a dialogue exploring otherness, including Don Paterson, Kathleen Jamie, Robin Robertson, Jamie McKendrick, Antonella Anedda, Chloe Aridjis, Sean O’Brien, Narguess Farzad, Jo Shapcott and Gilles Ortlieb. This ambitious anthology brings together new poems by twenty-four leading poets – 12 from the ‘East’ and 12 from the ‘West’ – in a truly international poetic dialogue inspired by the culture of the Other. The poets come from across the East (from Morocco to Turkey, Syria to Afghanistan) and from across the West (from Germany to Mexico, Estonia to Brazil). The new poems respond to the titles of the twelve books of Goethe’s original Divan, including ‘The Poet’, ‘Love’, ‘Ill-humour’, ‘The Cup-Bearer’, ‘The Tyrant’ and ‘Paradise’, and draw on the distinctive poetic forms of the cultures of the poets taking part. Twenty-two English-language poets have created English versions of the poems not originally written in English, either by direct translation or by working with a literal translation.

Since the early twentieth century, Iran witnessesd a bewildering variety of literary borowings from Western traditions. A hundred years later we are come full circle, it seems. The tidal surge sent out by Goethe has returned to its initial impulse. In this bicentennial year I would hear much about the two Divans, spending a delightful hour with Persian academic Narguess Farzad, Scottish poet Robin Robertson and Goethe expert Jan Wagner, chaired by Haus Publishing’s Barbara Schwepcke. Ghazals were read out in German & Persian (simply divine to hear) & the unrhyming Robertson (less divine to hear), while the strenuous efforts behind the creation of the extraordinary project that is the New Divan were fully divulged. The end result left me with two thoughts – the first being that poetry possesses a universal joy, the second that it seems an awful lot of effort to create something like this. Perhaps the powers & attentions of such a Samgam of international poets would be better suited to creating & perfecting the Universal language of humanity instead. Of course, every one of Babel’s tongues will be cherished & possibly curated forever, but projects such as the New Divan are very much like the UN where an excess of time & money are spent upon translations & their translators.